Pics of Andrea and Fabio
Father and Son This is the precious combination that binds the past to the present, tradition and innovation, passion and professional experience, audacity and determination of the desire to be improved upon. Father and Son is precisely the winning combination that is expressed in the solid experience of the Father Fabio and translates the dynamism and passion of Andrea Son. But to understand the history of this winning combination must start from very far away … .To Be Continued

…., trace back the time like a rewind, until you get to 1964 when Fabio began his career as a photographer at Photo Fat of Siena as a photojournalist for newspapers chronicle of the city: the nation and the morning and becoming corresponding with larger agencies news such ASSOCIATED PRESS and ANSA.

His work becomes his greatest passion, demonstrating immediately its documentary photography skills. Manic detail and the particular cooperates with the Faculty of Medicine of the University of Siena, with photographic records of surgeries. With Professor Motolese perfected the technique for the development of Florangiografie, but there are numerous collaborations with the most esteemed medical clinics: the clinical urological led by prof. Angelo Acconcia, the Cardiovascular Clinic for heart surgery with prof. Grossi, clinical Ophthalmology led by prof. Frezzotti these are just a few examples.

But the passion for photography pushes Fabio to “click Search” to the author, in 1966 he won the Prix Photo Contest on the Palio promoted by the Tourism Promotion, highlighting its ability to capture the magic moment that unrepeatable, what remains in history. A few years later he himself is to make history.

It was on 8 April 1972, when Fabio takes the picture the year documenting the fall dell’Andover, British airplane crashed during a demonstration to Ampugnano. This shot, his shot was published on all the front pages of the journalistic world and on all television.

A few years later comes the moment of growth, Fabio, it’s time to take the reins of the game, with the opportunity to direct the picture from the year 1977 to 1983 Fats. And it is precisely at this moment that starts a great love of photography to Art, sculptures, paintings, frescoes, precious treasures of this wonderful country so dear to him.

During these years Fabio perfects his technique, by its style, participating in international seminars and exhibitions (eg. Workshop Kodak professional photographer to photograph weddings and fashion catalog in Florence, degree of participation in the exhibition International Photographic “Salsomaggiore Terme) and collecting awards and top prizes (city of la Spezia Prize for meritorious work done in the field of Art and Culture, appointment of academic well-deserving of Salsomaggiore Terme conferred in recognition for their work in photography).

But the real turning point for Fabio takes place in 1984 when he opened a studio photo own, bringing with them the archives of the old laboratory:

150,000 white black colors and images of artworks of the city and other cities of Art of Italy;

10,000 images of the Sienese countryside depicting the most picturesque towns, villages, villas and castles Siena and Province.

This is the treasure that Fabio has collected with his passion and his “sense of art”, passion and professionalism recognized that confirms with the cooperation with the Superintendency of Artistic and Historic goods and with the Superintendent of Monuments of Siena and Grosseto for the documentation of restorations to the cataloging of works of art in every church, museum and historical homes.

Fabio continues to express his “sense of art” by contributing to the creation of numerous publishing works with the most distinguished publishing houses: Federico Motta, Franco Maria Ricci, Amilcare Pizzi, Electa, Arnoldo Mondadori Editore, Nardini Editore, Pacini Editore, Italian Encyclopedia treccani these only some important collaborations that have led to the creation of prestigious works that highlight the culture and art. (See all artworks).

We have a wide range of SERVICES. Choose below for examples . 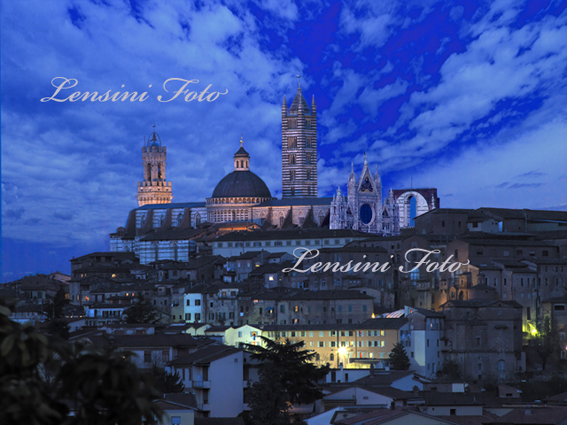 Many years with a Great experience

Print B / W on fiber paper

Printing on any media

Printing on any media, Stampa

We are born with a destiny , you live to live even further, why someone leaves an imprint in time immortal.
Thus history is made .
We have stolen the time images of our history.

for each category you will find examples of shots

Do not hesitate to contact us … we will plan for you the best job we can get .